How to Identify an EAB Infestation 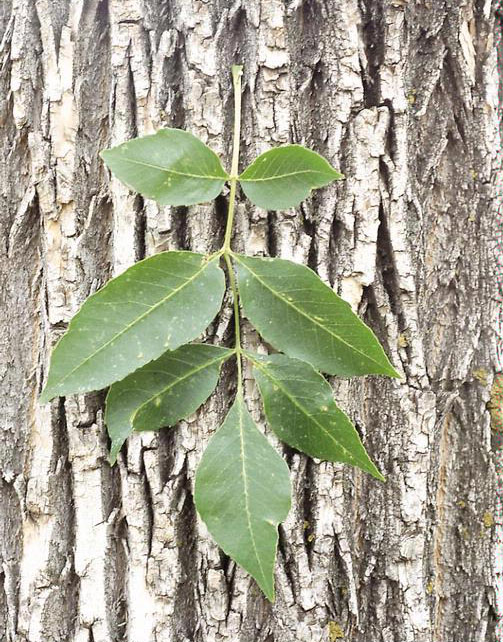 Is My Tree an Ash Tree?

EAB only attacks ash trees. If your tree is not an ash tree, it will not be affected by EAB.

Is your tree an ash tree? Look at its leaf. An ash tree leaf is compound, meaning that each leaf has multiple leaflets. Next, look at the branch structure. Ash trees have an opposite branch arrangement, meaning the branches come off the trunk or larger branch directly opposite from each other (not staggered). You can also look at the bark. On older ash trees, bark has a tight, diamond-shaped pattern. Younger trees have relatively smooth bark.

Use this University of MN Extension Ash Tree Identification Guide (PDF) to help you determine if your tree is an ash tree.

Is My Tree Infested by EAB?

If you ash tree has one or more of the following symptoms, it may be infested by Emerald Ash Borer:

For questions or to report a possible EAB infestation, contact City Forestry Staff at 952-895-4508.

EAB larva Emerald Ash Borer (EAB) are invasive, non-native beetles that attack and kill ash trees. Native to eastern Asia, EAB were discovered in Michigan and Ontario in 2002. Since then they've spread to Minnesota and were confirmed in Burnsville in 2018.

You are far more likely to see damage caused by EAB than to see the pests themselves. The adult beetles are 1/2-inch long or less, shiny green, and spend their short lives in ash trees looking for mates.

The "baby beetles" (grub-like larvae) are what cause damage to ash trees. The larvae tunnel beneath the bark of ash trees 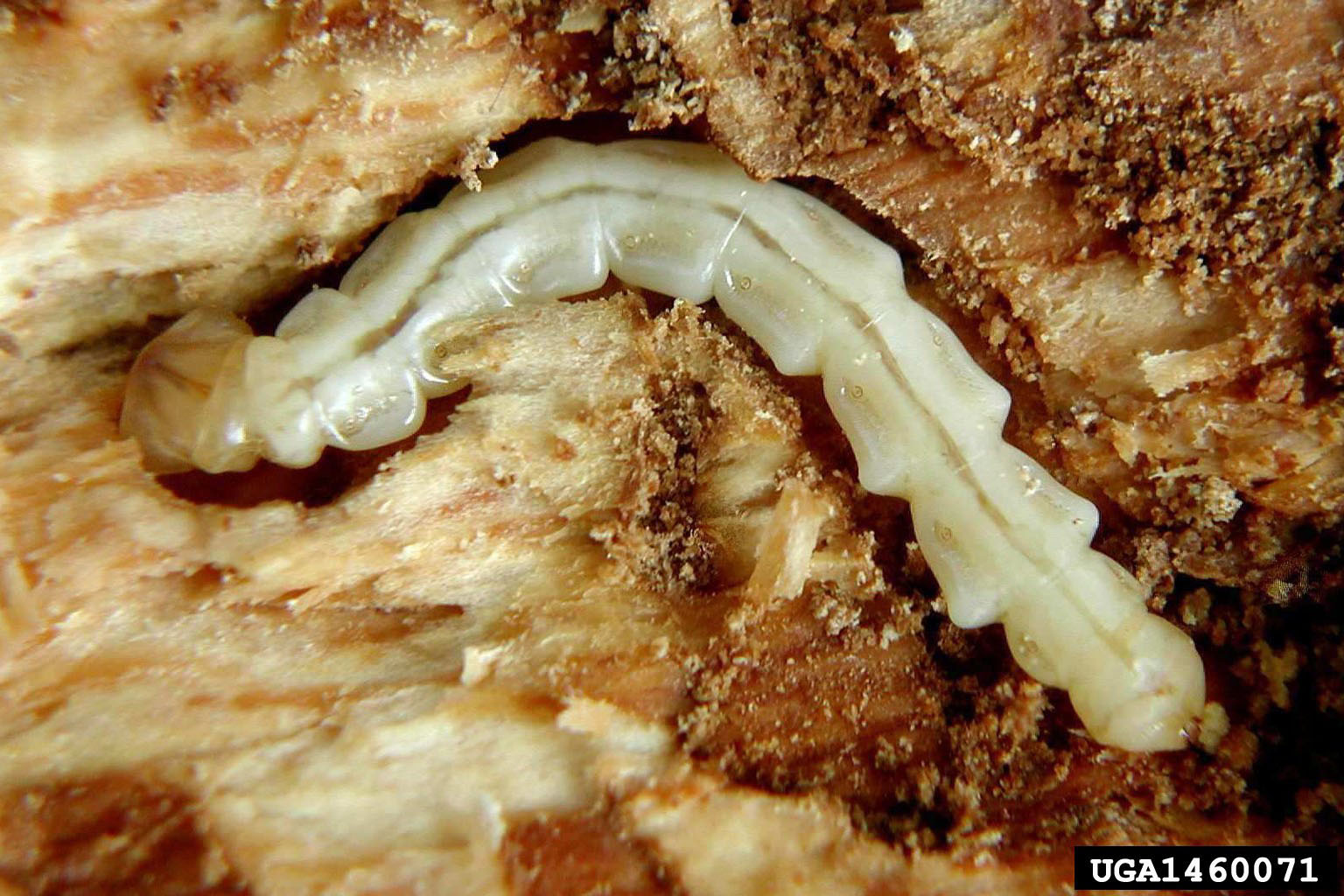 and eat away at the living tissue of ash trees. As the larvae infestation grows, the ash tree will die, usually within 2 to 4 years after infestation.

Below is a side-by-side comparison of an Emerald Ash Borer and the Six-Spotted Tiger Beetle (native insect that can be confused with EAB). 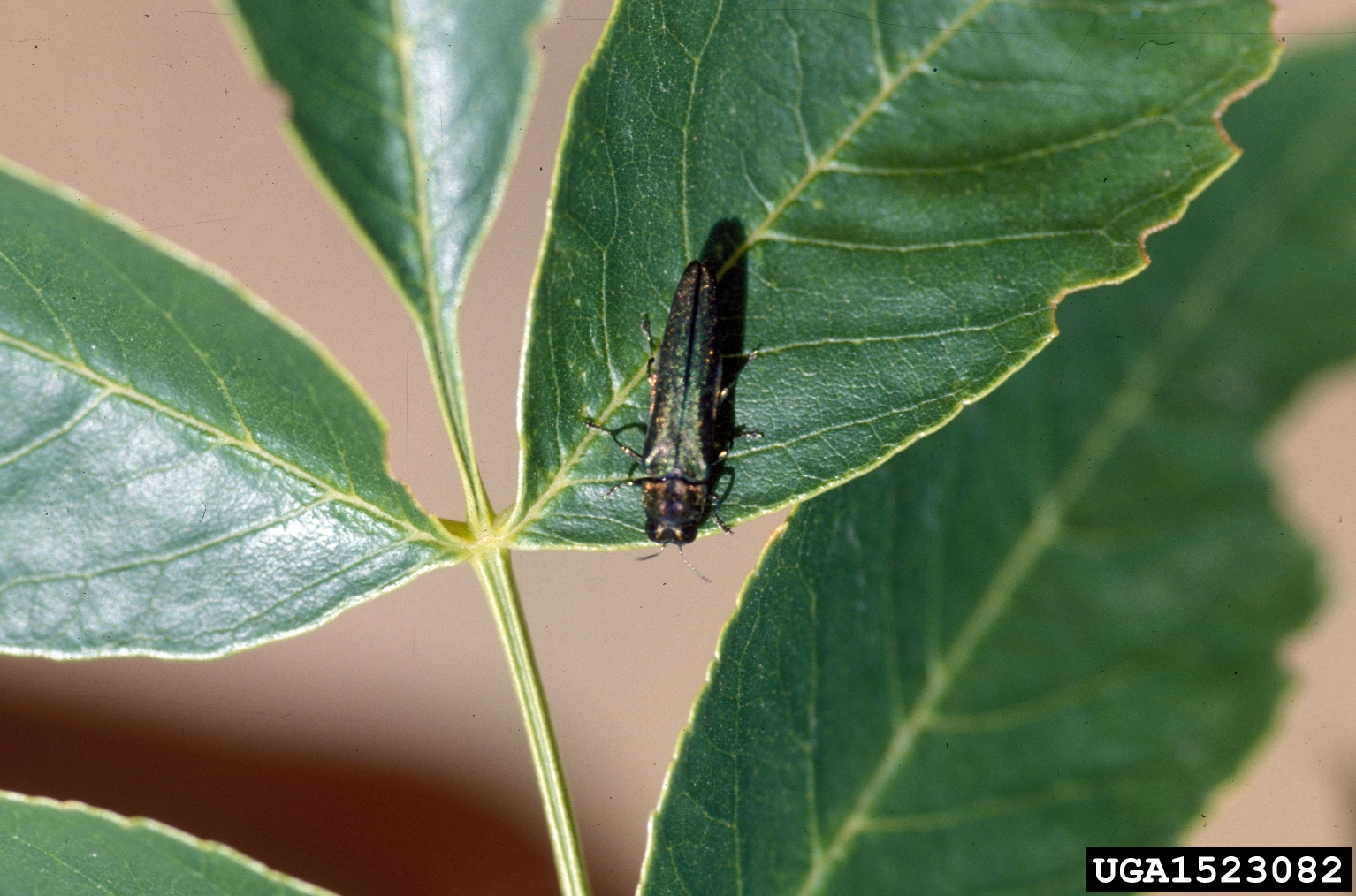