Land management is challenging, especially when dealing with invasive plants like common buckthorn, and it is important to have a variety of land management tools available for use.  Prescribed grazing with goats is one of the potential tools that the City is testing in the battle against buckthorn and other unwanted vegetation.

The City has initiated a pilot project at Civic Center Park to test the effectiveness of goat grazing as a habitat management tool.  As that pilot project progresses, the City may also consider using goats in other parks where goat grazing is expected to be a useful tool.  As of 2019, goats are also being utilized for buckthorn management at Rudy Kraemer Nature Preserve.

Are there any parks where goats are currently grazing? 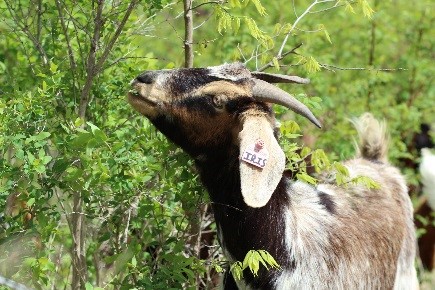 Goats are not currently grazing at any sites in Burnsville.  This website will be updated when goats return for future prescribed grazing projects.

In fall of 2018, the City enlisted some new helpers to battle buckthorn - goats! City council approved a three year pilot project in a two acre area at Civic Center Park to see if goats, along with other techniques, can help control buckthorn in savanna restoration projects.

Large buckthorn and weedy trees were already removed from the pilot project area prior to the goats arriving. Following buckthorn removal, the area was seeded with native grasses. The goats were first brought in for a few weeks during fall 2018 to eat the smaller buckthorn saplings, reducing the need for herbicides.  The grazing process will be repeated several times over the three year pilot project window.  Over time, the goal is to weaken buckthorn and and other undesirable plants through grazing and allow more desirable species to take over.

2018 Pilot Project Before And After Photos 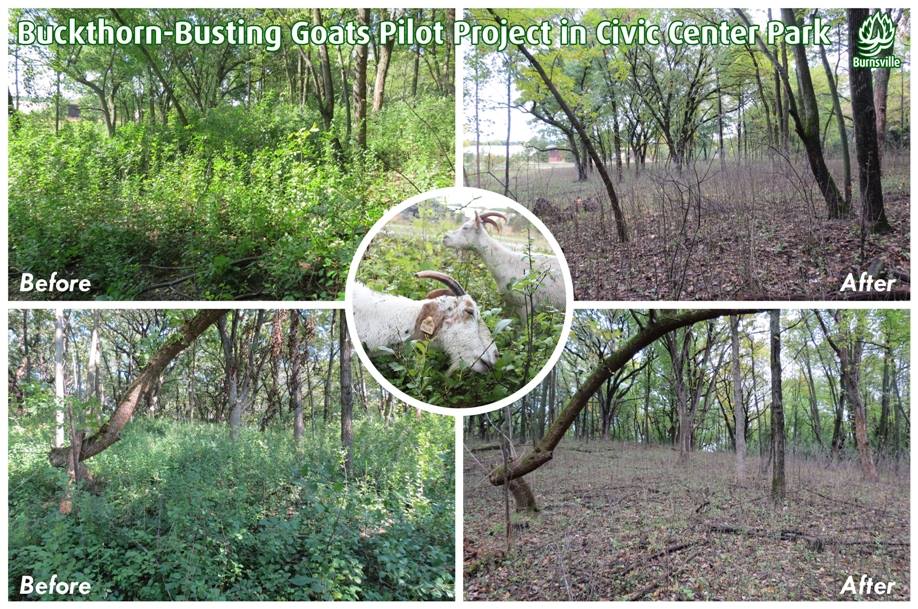 Where do the goats come from and how long will they stay?

The goats are owned by a company called Goat Dispatch. They specialize in goats that can be "hired" for invasive species control and land management. The goats will not permanently be at the park. They will stay for several weeks, with the exact timing dependent on how quickly they eat through the buckthorn in the project area.

Which park will the goats be at? 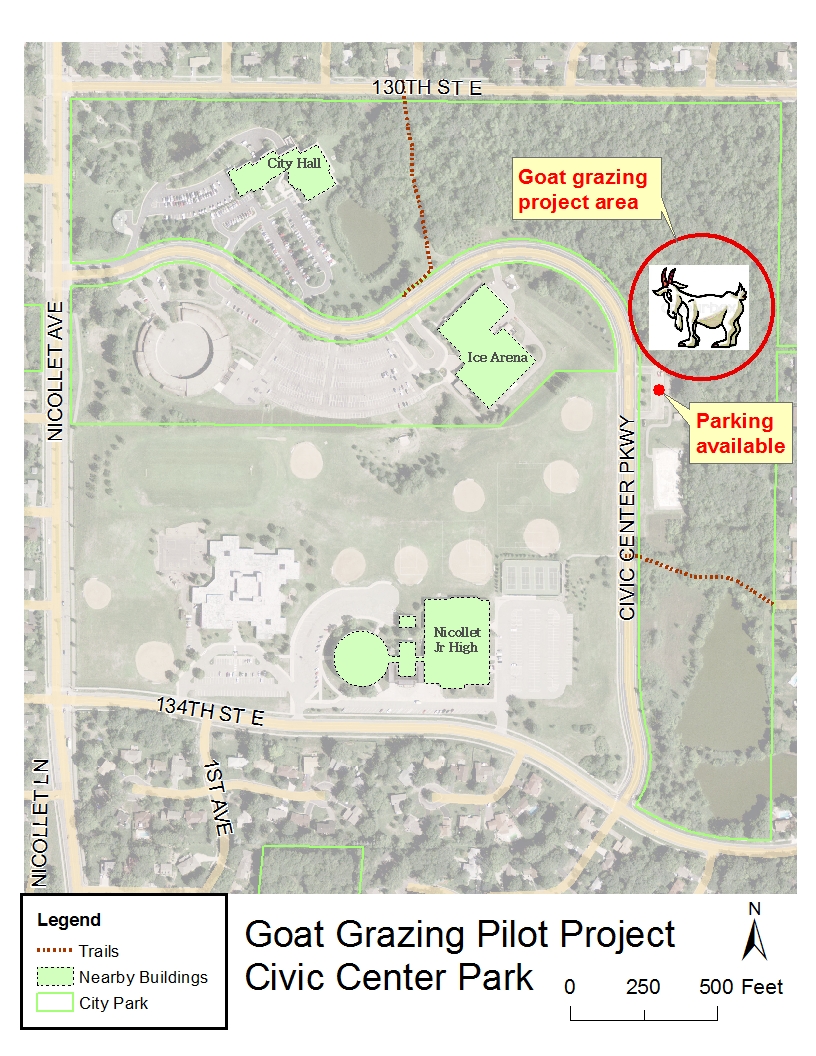 The pilot project is area is at Civic Center Park. Take a closer look at the project area.  Goats may also be used in restoration projects at other City parks.

Can I pet or feed the goats?

The goats will be here to work so although we encourage you to stop by to see them, please do not try to pet or feed them.

How do you keep the goats in the area that you want them?

Can I use goats on my Burnsville property?

Does anyone check on the goats?

The contractor will check on the goats daily to make sure they have everything they need.

Do the goats kill the buckthorn?