In 2020, the City of Burnsville applied for a federal grant to raise a portion of the I-35W Frontage Trail to a minimum elevation of 702 feet. Looking at historic flooding data, we can estimate that by raising the trail to 702 feet, this section of trail will, on average, flood between three and six days each year. 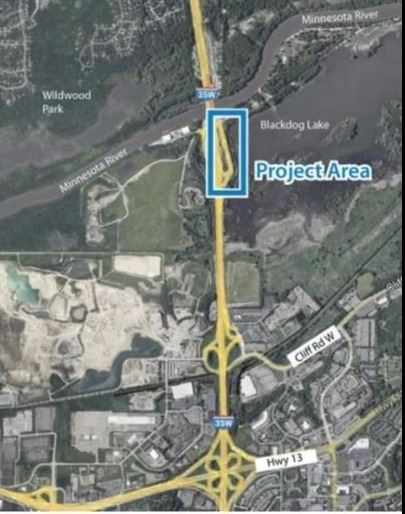 The project will realign a segment of the I-35W Frontage Trail, which connects to the Minnesota River Greenway, adjacent to Black Dog Road. The improvements include raising the trail from the current elevation, which lowers the frequency and magnitude of trail closures due to flooding.

Alternatives for raising the trail were evaluated and documented in a Feasibility Study (March 2020). The City has determined the preferred alternative is to construct a conventional earth embankment with a trail width of 10 feet and 2 foot shoulders on either side. This alternative provides the City with the lowest cost/highest benefit solution when compared to other alternatives.

Please contact Burnsville City Engineer, Jen Desrude if you have questions regarding the project.